Instead of crafting last week we had a short break with our girls.  The hubby surprised us with a few days of during the week so we made the best of it.  Unfortunately my son (10) still had to go to school so we just made the best of local attractions.

We spend quite a few days in the Hastings Nature Reserve as it is so close.

We went to the rock pools where we found all these wonderous things: Beadlet Anenomes:  The beadlet anemone, Actinia equina, is a common sea anemone found on rocky shores around all coasts of the United Kingdom.
Underwater, it displays up to 192 tentacles, arranged in six circles. Out of water, the tentacles retract and the anemone resembles a blob of red, brown, green or orange jelly, up to about 5 centimetres (2.0 in) across. It has bright blue spots (known as acrorhagi) located just beneath the tentacles, organised as an external ring containing stinging cells located at the top of the column that it uses to fight over territory. The acrorhagi contains the cnidocysts which themselves contain the nematocysts. There is some evidence that the various colour forms may in fact be different species.  In the second photo you can see the tentacles partly out. 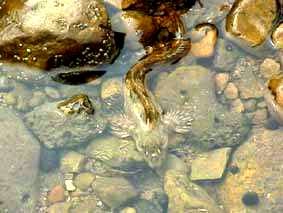 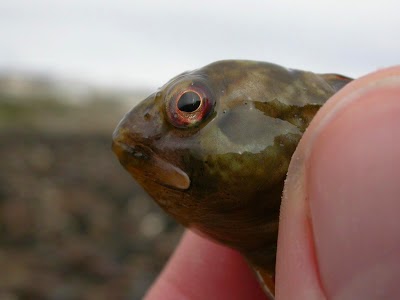 A small to medium-sized blenny, elongate small fish of a large family of fishes that live in rocky areas in shallow water. All true blennies have a continuous dorsal fin with the first dorsal fins are spiny and the remainder are soft. The pectoral finds are relatively large. The pelvic fin is in a jugular position. Distinguished by the absence of tentacles/lappets over the eye. Usually green with black mottling, adults may be grey with black. Males in breeding livery go all black with a white mouth and an attractive pale blue fringe to the long dorsal fin. If the small green blenny has blue spots and a lappet over the eye it is the similiar but rarer Coryphoblennius galerita.

And then my favourite find was the hermit crabs in the photo's above, they are really secretive little creatures, hding in their shells, but if you put then just on the edge of the water they scurry bak into the water quickly popping out of their shells.

Then we walked down a Glen and took these lovely photo's:

Email ThisBlogThis!Share to TwitterShare to FacebookShare to Pinterest
Labels: Not card related

The We R Memory Keepers Web site has an Envelope Generator that allow you to create just about any size envelope you might need.  If ...

Which of the following craft magazines are your favourites?

What type of ink do you prefer to work with