I have got most of these but will be undertaking a really big move and need to reduce my craft tool by quite a bit, but can not decide what needs to stay and what needs to go. It will also help me know what you prefer and base the Step-by-Step demo's I hope to publish soon on.

There will be many more of these polls to follow on all sorts of craft tools, so if you are thinking of buying something soon and would like to know what the rest of us think is the best product out there let me know and we can vote on it.
No comments:

Email ThisBlogThis!Share to TwitterShare to FacebookShare to Pinterest
Labels: Polls

Welcome Card from Debby at Hit 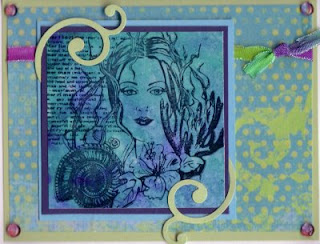 Thank you for this beautiful card Debby, I love the way you created a frame around the focal point using a die cut.
No comments:

The message below was sent to my by a very special friend, Amanda.
It made my cry and feel good at the same time.
No comments:

This is great, take a moment to read it, it will make your day!

The ending will surprise you.

A wealthy man and his son loved to collect rare works of art. They had everything in their collection, from Picasso to Raphael. They would often sit together and admire the great works of art.

When the Vietnam conflict broke out, the son went to war. He was very courageous and died in battle while rescuing another soldier. The father was notified and grieved deeply for his only son.

About a month later, just before Christmas, there was a knock at the door. A young man stood at the door with a large package in his hands.

He said, 'Sir, you don't know me, but I am the soldier for whom your son gave his life. He saved many lives that day, and he was carrying me to safety when a bullet struck him in the heart and he died instantly. He often talked about you, and your love for art.' The young man held out this package. 'I know this isn't much. I'm not really a great artist, but I think your son would have wanted you to have this.'

The father opened the package. It was a portrait of his son, painted by the young man. He stared in awe at the way the soldier had captured the personality of his son in the painting. The father was so drawn to the eyes that his own eyes welled up with tears. He thanked the young man and offered to pay him for the picture. 'Oh, no sir, I could never repay what your son did for me. It's a gift.'

The father hung the portrait over his mantle. Every time visitors came to his home he took them to see the portrait of his son before he showed them any of the other great works he had collected.

The man died a few months later. There was to be a great auction of his paintings. Many influential people gathered, excited over seeing the great paintings and having an opportunity to purchase one for their collection.

Then a voice in the back of the room shouted, 'We want to see the famous paintings. Skip this one.'

But the auctioneer persisted. 'Will somebody bid for this painting. Who will start the bidding? $100, $200?'

Another voice angrily. 'We didn't come to see this painting. We came to see the Van Goghs, the Rembrandts. Get on with the real bids!'

But still the auctioneer continued. 'The son! The son! Who'll take the son?'

Finally, a voice came from the very back of the room. It was the longtime gardener of the man and his son. 'I'll give $10 for the painting.' Being a poor man, it was all he could afford.

The crowd was becoming angry. They didn't want the picture of the son.

They wanted the more worthy investments for their collections.

The auctioneer pounded the gavel. 'Going once, twice, SOLD for $10!'

A man sitting on the second row shouted, 'Now let's get on with the collection!'

The auctioneer laid down his gavel. 'I'm sorry, the auction is over.'

'What about the paintings?'

'I am sorry. When I was called to conduct this auction, I was told of a secret stipulation in the will. I was not allowed to reveal that stipulation until this time. Only the painting of the son would be auctioned. Whoever bought that painting would inherit the entire estate, including the paintings.

The man who took the son gets everything!'

God gave His son 2,000 years ago to die on the cross. Much like the auctioneer, His message today is: 'The son, the son, who'll take the son?'

Because, you see, whoever takes the Son gets everything.

FOR GOD SO LOVED THE WORLD HE GAVE HIS ONLY BEGOTTEN SON, WHO SO EVER BELIEVETH, SHALL HAVE ETERNAL LIFE...THAT'S LOVE.

Please, forward this, and send it back to the one who sent it to you.

Do whatever you like, but remember that maybe 'one' of the people you might have taken the time to send this to, may be just the person who needs to hear this message. You have a choice to make.' 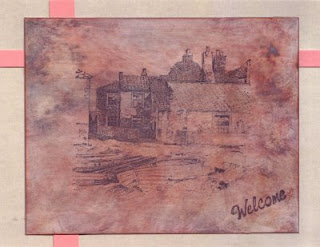 Thank you Janet for this lovely card.
No comments:

Welcome Card from Jackie B at Hit 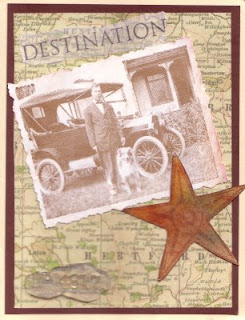 I belong to a yahoo group called HeartintouchRubberstamps and I have received this lovely welcome card today.

Thank you Jackie.
No comments:

Special Dedication to all Moms

Try this link to help you decide what colors to use together.
No comments:

Pando is an award-winning, personal-P2P software that lets you easily download and share large files (and folders) via email, IM and the Web.

Pando Pro is the fastest Pando ever! Pro subscribers enjoy:

Must Have stamp for all Cardmakers

This is my favourite stamp to add to the back of all my cards at the moment. I got it from I brake for Stamps (http://www.ibrakeforstamps.com/Merchant2/merchant.mvc?Screen=PROD&Product_Code=3108&Category_Code=PHARHP) and Della the site owner is a really lovely and helpful lady.

It came all the way from America and I received it within 2 days of placing my order (better then from a lot of local online craft shops) with a lovely freeby and excellent aftersales services.

Thanks to Della and her team.

Go have a look at the rest of the stamps, they are the best stamps I have bought recently.
1 comment:

Email ThisBlogThis!Share to TwitterShare to FacebookShare to Pinterest
Labels: Cardmaking Must Haves

Here is a link to my photobucket site were you can have a look at hoe my cardmaking progressed through the years.
http://s3.photobucket.com/albums/y85/mariaan101/
Feel free to go into the folders and have a good look around.
No comments:

Card I made Today 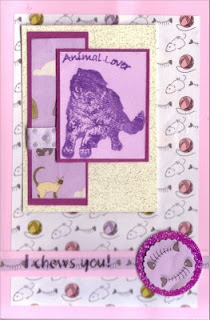 Here is a card I made Today the papers came from http://www.papercraftinspirationsmagazine.co.uk/page/papercraft?catname=/FREE%20papers. Do go and have a look at some of the other papers and template.
No comments:

Welcome to my blog

Wow, never thought I would blog but hey here I am telling you all about me, my day and what I have been up to.
No comments:

The We R Memory Keepers Web site has an Envelope Generator that allow you to create just about any size envelope you might need.  If ...

Which of the following craft magazines are your favourites?

What type of ink do you prefer to work with